STORY AND PHOTOS BY KAREN BOSSICK

“You’ll never get this cap off my head,” Ketchum Mayor Neil Bradshaw teased a line full of people waiting their chance to hit a target that would send him crashing into the dunk tank below.

Twelve throws later, one youngster’s aim was spot-on and the mayor went down, creating a big splash overhead and sending his waterlogged cap to the bottom of the dunk tank.  It just got wetter from there as Gary Lipton slipped a youngster $10 to dunk him.

Rather than take a chance on a ball hitting the target, Theo Kurtz dropped his balls and punched the target with his hands before running out of sight.

“It’s cold, but it brings a smile to my face because this is just a great community event, an old feel event,” said Bradshaw, who was one of four mayors who offered themselves up for the dunk tank.

This was Forks n’ Spurs, a BBQ and more to benefit the Sun Valley Culinary Institute. Held at River Sage Stables south of Bellevue, it had all the earmarks of a country fair, and 400 adults and children turned out on a sunny day with temperatures in the low 70s to experience every bit of it.

There were steers to be oogled, wagon rides, a chance to dance to live Western music and a chance to watch cowboys cut cows. There was a chance for everyone from 5 to 85 to ride the mechanical bull and there were tests of strength. And, of course, there was food galore.

Sally Halstead was among 19 men, women and children who submitted homemade pies for a pie tasting contest.

“I’ve never done this before, but I thought why not get in the spirit of things,” said Halstead, who baked a towering apple cheesecake pie topped with homemade whipped cream.

With a choice of cooking classes at the Culinary Institute on the line, Ema Feinman and Henry Pollock took third place for their Lemon Chess Pie, Monica Hebert took second for her Peach Raspberry Pie and Jessica Mayne took first for her Sourdough Cherry Pie.

A variety of chefs, including Scott Mason of the Ketchum Grill provided barbecued ribs, brisket, chicken and other fixings for a barbecue, while Mary Jones trotted out some of the desserts, which included brownies, berry pie and vanilla bean ice cream.

“I’m glad to help,” she said. “The Culinary Institute is trying to include the whole community in things.  People have been able to take classes even with COVID going on. And now they’re ready to start training young people as chefs.”

Sandy McCullough brought a dinner prepared by the Culinary Institute at the auction.

“It’s a most amazing option for people to learn some amazing things. I took a class on Asian salads and the Julia Child birthday class. And now it’s about to give kids in the valley who couldn’t otherwise go to culinary school a chance to learn a career and stay in the valley.”

Penny Weiss volunteered her boarding stables, which also offers lessons, for the event. And, she was tickled pink with the turnout.

“I personally made the beans—they’re the best,” she said. “This is giving families something different to do, something fun to do before school starts. And the Culinary Institute is one of the great organizations in this valley. It’ll give kids the opportunity to learn skills they never knew they had. And maybe some will even go on to have a career.” 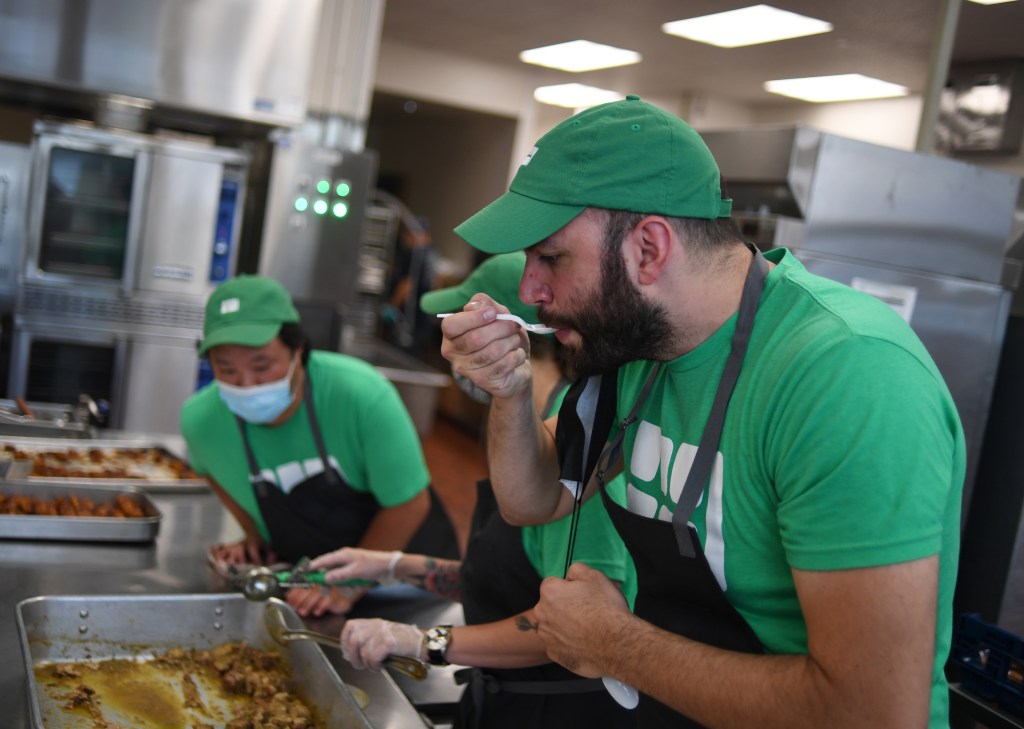